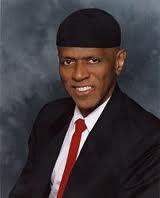 Composer, arranger, conductor, organist, keyboardist, singer, author, Carl MaultsBy, is a contemporary "renaissance artist" whose talents have been utilized both in the commercial media of musical theatre, film, television, records, and in the cultural media as well. He received the Doctor of Fine Arts degree (honoris causa) and the Bachelor of Arts degree in Mathematics and Music from Lake Forest College, Lake Forest, IL, as well as the Masters of Music degree in Jazz/Commercial Composition from Manhattan School of Music where he studied composition with Richard DeRosa and film scoring with Ed Green. In addition, MaultsBy, a former artist & repertoire (a&r) staff producer for RCA records, attended Columbia University where he studied music composition with the late Vladamir Ussachevsky and electronic music composition with Mario Davidovsky. MaultsBy also studied sacred music and organ at the Pacific School of Religion, Berkeley, CA. A 2002 inductee into the African Music Hall of Fame and a 2002 awardee of the American Music Center Margaret Fairbank Jory Copying Assistance Program, he is also a recipient of a 2001 Harvard University Fromm Music Foundation Award, Eye of the Sparrow, and a 2003 New York State Council on the Arts Commission for his woodwind quintet, The Journey, composed for Quintet of the Americas.