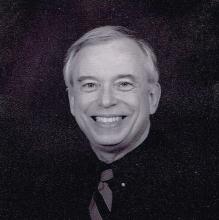 Peter Paul Olejar - (Duke University (AB) and Yale University(Master of Music) and further graduate studies at the University of Toronto Electronic Music Laboratory) studied composition for two years with Pulitzer Prize winner Elliott Carter and theory with Pulitzer Prize winners Mel Powell (classica composer and Benny Goodman band member and arranger). He studied conducting with Epic label recording artist Gustav Meier and trombone with Robert Nagel of the New York Brass Ensemble. He has written music for chamber orchestra, brass ensemble, string quartet, theater orchestra, symphony orchestra, large dance bands, chorus, children’s plays, children’s chorus, solo vocal music, carillon and organ. He has directed pit orchestras for musical shows and has written orchestrations for the same. He arranged the musical accompaniment for Danny Aiello’s singing in the Richard Dreyfuss feature film “Once Around.” His music has been recorded by “The Atlanta Sacred Chorale”. Publications include choir anthems and a choral collection from MorningStar Music Publications, a folio of choral arrangements Chalice Anthems (The Chalice Press) and carillon pieces published both by American Carillon Music Editions and by the Guild of Carillonneurs in North America. These pieces have been played across the United States, in Australia and in France. His carillon commissions include one for the 2001 meeting of the Guild of Carillonneurs in North America (GCNA), another one played at the GCNA national conference at the University of Denver in June, 2014 and one played in Springfield, IL for the national conference of the Association of Disciple Musicians in July, 2014. His carillon piece “et inspiravit” was a winner in the competition for the 2014 Festival for the Arts in Perpignan, France and was played there to open the festival in April, 2014. His communion hymn “Now We Come before God’s Presence” is included in the Chalice Hymnal. His electronic compositions are listed in Repertoire International des Musiques Electroacustiques Nos 2/3 including the music for the short ballet scene “Incommunicado.” His “Chaconne!” for organ premiered on the Flentrop organ in the Duke University Chapel by organist and composer David Arcus. He wrote the opening music for solo voices, choral voices and dance for the 1999 international meeting of the General Assembly of the Disciples of Christ, and text and music for the closing assembly of the 2000 Disciples of Christ Regional Assembly of North Carolina. His “Panegyrikos” was commissioned for the opening concert of the World Carillon Federation Congress 2000 and was later played at the inauguration of the new president of Duke University. He has been commissioned to write solo organ, choral pieces and hymns for special occasions at churches in Georgia, Maryland, Illinois, North Carolina, New York and Texas and has written many orchestrations for hire. A recent work, “Five Pieces for Brass Ensemble, Organ and Congregational Singing” was premiered in the winter of 2014. Mr. Olejar serves as Director of Music at St. Paul’s Christian Church, Raleigh NC. In four different years he served as the director of summer choral workshops at Christmount Retreat in Black Mountain, NC for choristers and choir directors from states across the eastern United States. He was on the planning council of the national Association of Disciple Musicians and served as an officer for the North Carolina Composers Alliance. He taught instrumental and choral music in public schools in Ohio. In addition to his musical activities, he was a Consulting Systems Engineer for the IBM Corporation.