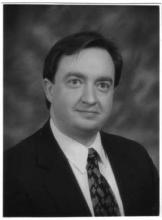 Dr. Thomas R. Vozzella, is the newly appointed Director of Music-Organist at St. Andrew's Episcopal Church, Kansas City, Missouri, a member of the Creator Magazine Editorial Board; of late, Dean of the Blackhills Chapter of the American Guild of Organists, and served as the South Dakota Choral Directors Association R&S Chair for Community Choirs; Music and Worship. Dr. Vozzella received the Doctor of Musical Arts degree from the University of South Carolina working with Dr. Larry Wyatt, the Master of Music degree from Northeast Louisiana University (University of Louisiana, Monroe) studying with the late Dr. Edward Deckard, and the Bachelor of Music degree from Eastern Nazarene College with Professor Lambert Brandes. In 2000 and 2012 he was a Fellow at the prestigious Conductors Institute of South Carolina, under the direction of Dr. Donald Portnoy. Additional work was completed at the Royal School of Church Music, England, Nazarene Theological Seminary, and The University of Missouri, Kansas City Conservatory of Music with Dr. John Ditto and Dr. John Obetz. Thomas is an active member in the American Choral Directors Association (ACDA), American Guild of Organists (AGO), National Association for Music Education (MENC), Conductors Guild and The American Society for Composers, Authors and Publishers (ASCAP). He has served as a Choral Mentor for MENC, and as a choral judge/clinician in Massachusetts, Arkansas, Louisiana, Oklahoma, Kansas, Texas and South Dakota. Alliance, Augsburg, Abingdon, Selah, CanticaNOVA and now St. James Music Press publish his compositions and arrangements. He has received four ASCAP Plus Awards for his compositions, and was a 2013 Finalist for The American Prize in Choral Conducting. Additionally, his biography has appeared in numerous editions of the international Who's Who in Music, Who's Who in America, and Who's Who in The World. He has five recordings to his credit; three recordings on organ, and two as a conductor.