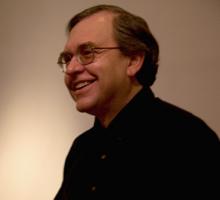 Alfred V. Fedak holds degrees in Organ and Music History from Hope College and Montclair State University, and has done additional study at Westminster Choir College, Eastman School of Music, and in Austria and England. A Fellow of the American Guild of Organists, Mr. Fedak also holds the Guild’s Choirmaster Certificate, and from 1995 to 2000 served as Director of the AGO’s national Professional Certification Committee. A widely-published composer, he presently has over 200 choral and organ works in print, and his more than 100 hymn tunes appear in hymnals and collections around the world. He has received many honors and awards, including the AGO’s prestigious S. Lewis Elmer Award, as well as grants and prizes from the New York State Council on the Arts, ASCAP, The Hymn Society (of which he is a Life Member), and the John Ness Beck Foundation. He has composed music on commission for numerous churches, cathedrals, schools, colleges, individuals, community choruses, and for chapters of the AGO, Choristers Guild, and the Organ Historical Society. He has worked as organist and choir director for churches and synagogues in the East and Midwest, and since 1990 has served as Minister of Music and Arts at Westminster Presbyterian Church on Capitol Hill in Albany, New York. He is also Chapel Organist at the Emma Willard School in Troy, New York, and plays harpsichord with the Capitol Chamber Artists. A Past Dean of the Eastern New York Chapter of the AGO, he currently serves on the Hymnal Committee of the Presbyterian Church (PCUSA). He and his wife Susan are the parents of two grown sons.