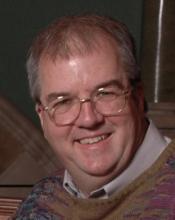 An alumnus of the University of Louisville, the Aspen Music Festival and the New College Music Festival, Wes Ramsay has built a career as performing, academic and business musician, engaged in endeavors that build bridges between the academic and business worlds and between British and American music education institutions. Currently, Wes serves as Representative of the Associated Board of the Royal Schools of Music (ABRSM), Academic Director of The Harp School, Inc. specializing in advanced preparatory and collegiate level performance and music theory education, and Executive Director of ABRSM Summer Harp Academy. Wes is an active member of ACDA, International Trombone Association, American Guild of Organists, and is both a writer and publisher member of ASCAP. Recent composition projects have resulted from his collaboration with Tim Sharp, Executive Director of American Choral Directors Association. Leonardo’s Riddle, commissioned by Tim for premier at the 2009 ACDA National Convention, is based on the only extant fragment of music composed by Leonardo da Vinci. Currently, he is completing High Lonesome Mass in collaboration with Tim, scheduled for premiere in September 2011. Working from his desk on a farm in Burns, Tennessee, surrounded by green grass and his border collies (and a short drive from his golf club) Wes Ramsay enjoys his life married to harpist/composer Carol McClure. Wes and Carol are the proud parents of daughter Susannah, recently graduated from the Vanderbilt University MSN practicioner/midwife program, and son Parker, currently in school, serving as the first American elected as Organ Scholar at King’s College, Cambridge University.